Lark continually claimed that he doesn’t get paid for his promotion of these projects despite being offered “truck loads of money daily to do so.” 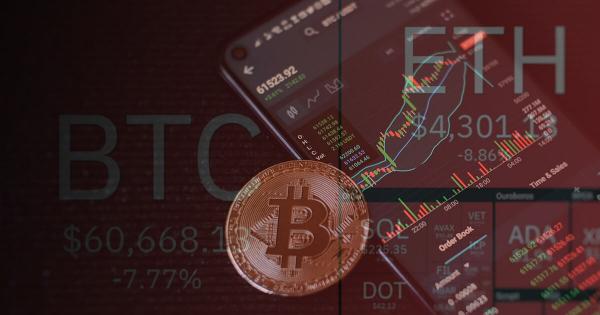 Self-proclaimed on-chain sleuth ZachXBT alleged that popular crypto influencer Lark Davis made over $1 million while promoting low-cap crypto projects and dumping them on his followers in a Sept. 29 Twitter thread.

1/ An investigation into how crypto influencer @thecryptolark promotes low cap projects to his audience just to dump on them shortly after.

ZachXBT cited eight instances where Lark promoted low-cap projects before dumping them on unsuspecting members of his community.

The first case was in February 2021, when he promoted $UMB. According to ZachXBT, an address connected to Lark had received 62,500 UMB tokens and then dumped them almost immediately after his promotion, making a profit of $136,000.

Lark allegedly repeated this format for $DOWS on March 1, earning $56,000 after dumping the tokens he promoted hours earlier.

Lark allegedly shilled other tokens, including $SHOPX, $BMI, $PMON, $XED, and $APY. In all of these cases, he promoted the tokens immediately after they launched and then sold off the portion of the tokens he received for the promotion.

(unfortunately can’t ask him since he blocked me months ago) pic.twitter.com/aTivN16rgd

In Larks’ promotion for $BMI, he tweeted that he had doubled his position in the token, but ZachXBT revealed that the crypto influencer’s main wallet did not show that he had done as he said.

Meanwhile, Lark continually claimed that he doesn’t get paid for his promotion of these projects despite being offered “truck loads of money daily to do so.”

ZachXBT also pointed out that all the projects Lark promoted had poor tokenomics. According to him, this is why they “went to zero before the bear market even began. Also no decent VCs really ever touch them.”

Lark Davis did not respond to CryptoSlate’s request for comment as of press time.

The crypto sleuth added that there is no crime for an influencer to participate in seed rounds or talk about projects they liked as long as this is done in a transparent manner.

Lark is not the first crypto influencer ZachXBT had investigated and accused of dumping on his followers. Earlier in the year, the crypto investigator accused Logan Paul of promoting several pumps and dump schemes.

Popular crypto YouTuber Ben Armstrong, aka BitBoy Crypto, was recently accused of dumping on his followers by another YouTuber Atozy. BitBoy filed a defamation lawsuit against the accuser but later dropped the case after pressure from the crypto community.