Voyager account holders could be repaid with their crypto holdings, stocks, VGX, and the debt from Three Arrows. 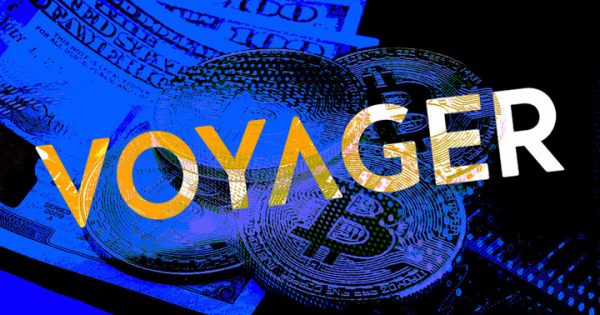 Voyager users might not get all of their funds back because the crypto lending company has declared bankruptcy, Bloomberg News reported.

According to the filing, Voyager expects its users’ funds to be impaired during bankruptcy. Account holders are unlikely to get a full refund of their deposits because the company could be restructured or sold.

Account-holders are more likely to be repaid with crypto holdings, stocks in the restructured company, outstanding $650 million debt to be recovered from Three Arrows Capital (3AC), and its native token VGX.

Voyager said its customers with U.S. Dollar deposits would get their full deposit after completing a “reconciliation and fraud prevention process” with Metropolitan Commercial Bank.

The U.S. bank confirmed that Voyager has an Omnibus account; however, it added that:

FDIC insurance does not protect against the failure of Voyager, any act or omission of Voyager or its employees, or the loss in value of cryptocurrency or other assets.

Meanwhile, the Toronto stock exchange has suspended the trading of Voyager stocks. The stock exchange is currently reviewing whether the bankrupt company meets the requirements for continued listing.

Court documents revealed that Voyager did not keep its customers’ crypto assets in individual wallets. The lender mixed the assets into specific asset pools for Bitcoin (BTC), Ethereum (ETH), and others.

The crypto lender has $1.3 billion in crypto assets on its platform with lenders that includes Galaxy Digital LLC, Alameda research, and Wintermute trading.

Sam Bankman-Fried’s Alameda research is Voyager’s second-biggest debtor, with a debt of $376.8 million.

What next for users?

Experts have said users of insolvent crypto lending firms like Celsius Network could write off their holdings as bad debt.

Certified public accountant and lead tax strategist at CoinTracker, Shehan Chandrasekera, told CNBC that funds that become “totally worthless and irrecoverable” could be written off.

If your funds become totally worthless and irrecoverable, you may be eligible to write them off as a nonbusiness bad debt on your taxes.

But that will be applicable if there is a total loss instead of partial losses. For now, frozen withdrawals do not amount to a total loss.