The league received the promised cash payout but the crypto promised to players were never paid, although player salaries remain unaffected. 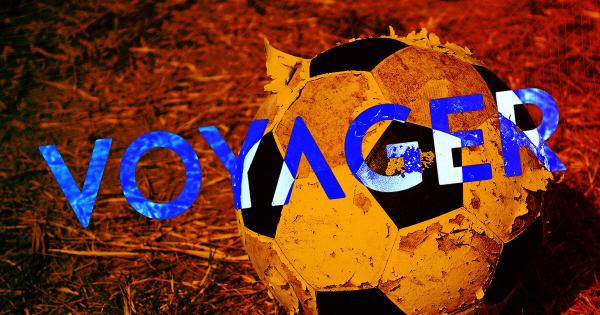 The funds promised to the U.S. National Women’s Soccer League (NWSL) players by Voyager Digital in a sponsorship deal may not materialize as the lender filed for bankruptcy, Sportico reported Aug. 1.

The league has informed the players that there’s little hope of receiving the funds from Voyager, according to the report.

The NWSL had announced a multi-year deal — one of the biggest deals in the league’s history — with Voyager in December 2021. As part of the deal, the league was supposed to receive half of the payment in cash while the other half was supposed to go to players in the form of crypto. Each player was supposed to get a Voyager account to receive the crypto payments and build their portfolios.

But while the NWSL received the promised cash, the Voyager accounts for players were never funded, Sportico reported, citing sources familiar with the situation. Since Voyager declared bankruptcy in early July, the future is uncertain for the promised payouts to players.

In a press statement, the league said:

But irrespective of what happens with Voyager’s promised payouts, the players’ basic salaries are not impacted, according to a tweet by ESPN reporter Jeff Carlisle.

From #NWSLPA executive director Meghann Burke: “No player is missing a paycheck. Nothing in the CBA is in crypto.” #NWSL https://t.co/xIMqUIvN3u

Voyager’s branding remains present at the league venues. As Voyager sorts through the bankruptcy process, a resolution could be months or even years away.

Ex NWSL player Haley Carter criticized the league for partnering with Voyager in the first place. In a Twitter post, Carter said that the NWSL made players vulnerable with a “losing scheme” that could have been foreseen. She added that the news was expected and yet, it was still an “incredible disappointment.”

NWSL players being made vulnerable by the NWSL to a losing scheme that literally anyone who has followed the markets and investment platforms recognizes is a losing scheme is very on brand for the NWSL. We all knew this was coming and it’s still an incredible disappointment. https://t.co/gJJYVBnxYv

“… partnering with Voyager and pitching it like it was a good deal is still bad business.”

Several crypto platforms have inked millions of dollars worth of sponsorship deals over the last few years.

The National Basketball Association (NBA) saw 7,300% rise in crypto sponsorships this year compared to last season. Crypto companies, including Socios, Crypto.com, and FTX, among others, spent a total of $130 million on NBA sponsorship deals last season.

Soccer has not been left untouched either — the latest one being Barcelona FC signing a $102 million partnership with blockchain-based sports fan platform Socios.com on Aug. 1. In March, Crypto.com became a sponsor of FIFA, the international football governing body.