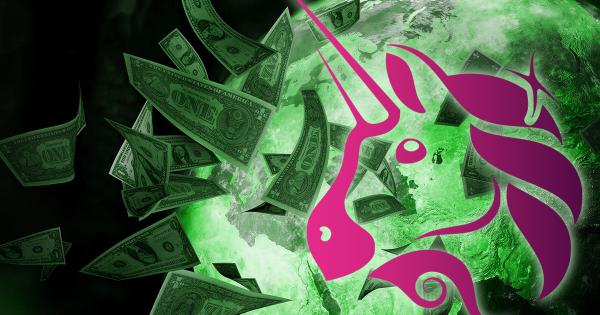 TechCrunch has released information stating that the parent company of the Uniswap DEX, Uniswap Labs, is preparing for a new $100 million funding round to expand its offering.

“Uniswap Labs is in early stages of putting together a new round…as the parent firm of the popular eponymous decentralized protocol gears up to broaden its offerings.”

The tech news outlet could not cite sources for the information but claimed that “four sources familiar with the matter” have confirmed the report. Watcher Guru on Twitter also speculated that the round would likely value the company at $1 billion.

Ethereum founder Vitalik Buterin also commented on the strength of the Uniswap platform, arguing that its value proposition allows for trades to be completed in 30 seconds. The comment was made about a post promoting the future popularity of app chains and the “inevitability of UNIchain.”

I have a hard time believing this argument.

Uniswap’s main value proposition is that you can just go and get a trade done in 30 seconds without thinking about it. A uniswap chain or even rollup makes no sense in that context. A copy of uniswap on every rollup does.

Uniswap Labs are yet to comment publicly on the matter.

The UNI token is trading up 2.3% on the day following the news after being up 7.5% in early morning trading. The token is down 66% since the start of the year but down only 9% against Bitcoin over the same period.

CryptoSlate has reached out to the Uniswap team for comment but has yet to respond immediately.