Riot Blockchain produced over $7.1M worth of BTC in September Andjela Radmilac · 2 hours ago · 1 min read

The 355 BTC Riot produced in September brings the company’s total holdings to 6,775 BTC. 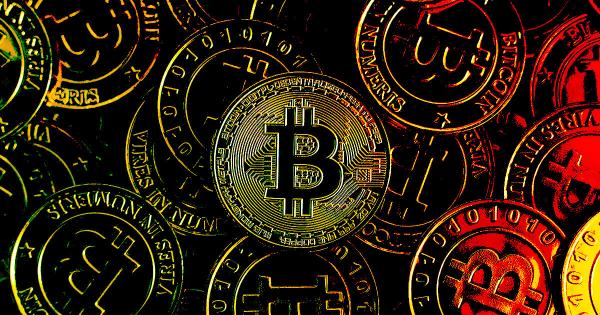 Riot Blockchain, a Bitcoin mining company based in Texas, produced 355 BTC in September this year.

The news is part of Riot’s unaudited production and operations updates for last month, in which the company disclosed its BTC holdings, sales, and profits.

According to the announcement, Riot’s 355 BTC production represents a 13% decrease as compared to September 2021, when it produced 406 BTC. Nonetheless, last month’s production brings the company’s total holdings to 6,775 BTC, worth over $135 million at current prices.

Since the beginning of September, the company deployed 9,070 new miners, with around 6,900 additional miners staged for deployment. Once all of them are turned on, the company will have over 62,000 miners deployed with a hash rate capacity of around 6.4 EH/s. The company’s current 5.6 EH/s hash rate capacity is expected to increase to 12.5 EH/s in the first quarter of next year. Riot said it expects to deploy over 115,000 miners.

The NASDAQ-listed company saw its stocks rise 5.7% in pre-market trading on Tuesday, continuing its 8.45% rise over the past month.

The company has become a poster child for the crypto mining industry in the U.S. after it set up shop in Texas’s Milam County in 2020. Riot’s large mining facility has added hundreds of new jobs to the county and increased the local tax base by millions of dollars, the Texas Tribune reported. To incentivize the company to stay in the area, the county offered Riot a 45% discount on local taxes for 10 years.

Having a large energy consumer like Riot in the area turned out to be beneficial to the entire state of Texas as well. In July, Riot curtailed its power consumption to ensure more power would be available to ERCOT, which supplies power to 25 million Texans.