Both the SLRV Ribbons and the SLRV Ratio show that BTC could see a further decline from its $19,600 levels before final capitulation. 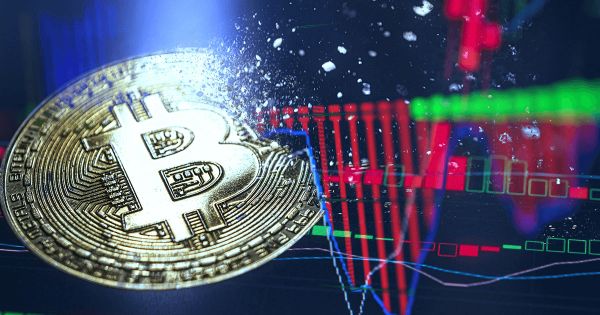 One of the most frequently used on-chain metrics to determine Bitcoin’s performance is the behavior of its long-term holders. Defined as addresses that haven’t moved any BTC in six to twelve months, long-term holders often indicate market tops and bottoms.

The ratio was created by Capriole Investments, a cryptocurrency investment fund, to identify market transitions between risk-on and risk-off allocations to Bitcoin.

According to the SLRV Ratio, Bitcoin is currently in the pink zone, where it has been since June this year, when it put in a local bottom of $17,600. The pink zone shows an SLRV Ratio below 0.04 and has historically coincided with the accumulation zone of prior bear markets.

In every previous bear market, Bitcoin put in a firm bottom in the pink zone, marking the final price capitulation before a rebound. However, data from Glassnode shows that BTC still hasn’t reached the bottom of the pink zone. This suggests that it could see a further decline from its $19,600 level before final capitulation.

Diving deeper into the SLRV Ratio reveals that Bitcoin put in a lower high with every bull run. This could mean that Bitcoin may see less severe bull and bear market drawdowns in the future, with less volatility in between. Aside from bringing relief to long-term investors, a less volatile market could also increase institutional adoption.

To solve some of the issues with the SLRV Ratio, Capriole Investments created SLRV Ribbons. SLRV Ribbons is an investment strategy that applies a short-term and a long-term moving average to the SLRV Ratio to mark the transition from a risk-on to a risk-off market.

The SLRV Ribbons show that the market has been in a predominantly risk-off state since China’s Bitcoin mining ban in May 2021. The downward trajectory of the SLRV 150-day MA has been briefly broken by a short-lived bear market rally at the beginning of 2022 but currently shows no signs of reversal.

A lack of trend reversal in sight further reinforces the data presented by the SLRV Ratio — Bitcoin could have further down to go before reaching the bottom.