While the current market uncertainty is forcing whales to sell, shrimps are seizing the opportunity to accumulate more. 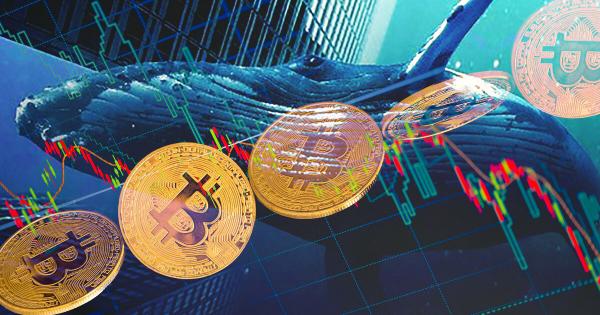 Bitcoin’s (BTC) accumulation trend score is currently flashing zero for whales indicating that they have stopped acquiring more coins, according to Glassnode data.

The data analyzed the accumulation trends for Bitcoin between April 2020 and August 2022, showing that whales have slowed their Bitcoin accumulation this month as they are in deep red, meaning they are massively net selling.

According to available data, Bitcoin’s price traded majorly between the $20,000 to $25,000 range in August.

The accumulation trend score is a metric used to determine who is currently buying cryptocurrencies. It is a tool to ascertain market sentiments, especially among various investors.

The score is based on two factors – the participation score of an entity which is the overall amount of tokens they’re holding, and the balance change, which is the difference in their holdings over a period, usually a month.

The accumulation score ranges from 0 to 1, and if it’s closer to 0, it indicates the distribution of coins, while a score near 1 shows major holders within the network.

While whales have stopped accumulating and even sold off their Bitcoin holdings, shrimps Bitcoin’s accumulation has also slowed down.

According to the data, Bitcoin addresses have fluctuated between 2 million and 2.3 million addresses this year, but there has been a straight decline since July.

Shrimps are holders with less than 1 Bitcoin in their wallets.

Meanwhile, in July, the industry saw the highest monthly accumulation for small-time Bitcoin holders since 2018, with shrimps buying 60,000 BTC.

The difference in how the two groups reacted to the same market conditions shows how they perceived the situation.

For whales, the current market uncertainty has forced them to sell their holdings, especially as the US Federal Reserves Chairman Jerome Powell promised more “pain” for the US economy.

However, with the asset struggling to break the $20,000 – $25,000 range, shrimps have identified this as the ideal entry point.