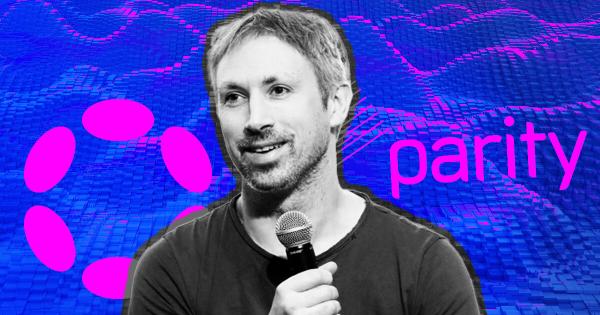 The market cap of the Polkadot ecosystem has declined roughly 2.9% following news of Gavin Wood‘s departure as CEO.

Polkadot founder Gavin Wood announced on Oct. 21, that he was quitting his role as CEO of Parity Technologies, the parent company behind the Polkadot and Kusama ecosystems.

Wood said his long-term passion has been to be a thinker, coder, designer, and architect. Consequently, taking off the CEO hat will allow him to return to work full-time on solving problems facing the Polkadot ecosystem.

“I’ll be pointing my regained focus towards exploring how we can contribute to making Polkadot and Web3 more relevant to large swathes of the population,” Wood added.

Wood who is a major shareholder in Parity Technologies will continue serving as a board member, but will not be involved in the day-to-day running of the company.

The Polkadot ecosystem has reportedly lost over 2.9% of its market cap in the last 24 hours, as it sits at roughly $13 billion.

CryptoSlate data shows that Polkadot’s DOT has declined by roughly 4.3% to trade at $5.84, while its sister Kusama (KSM) token has fallen by 7% in the last 24 hours.

Other top assets in the ecosystem like Moonbeam (GLMR) and Astar (ASTR)have lost 2.9% and 2.2% of their values respectively.