Over 270,000 users actively used the Nigeria’s eNaira CBDC since its launch and have completed transactions worth $10 million. 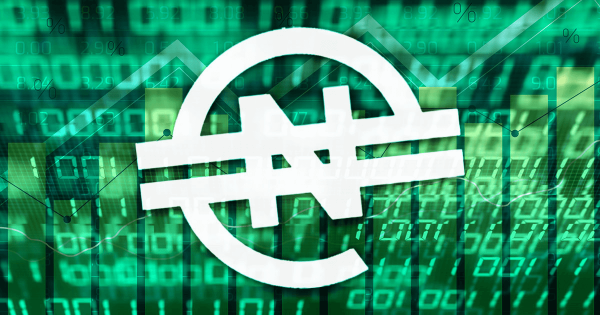 The CBN Governor Godwin Emefiele highlighted the milestones achieved by the digital currency during an eNaira hackthon held on August 18. Emefiele said:

He also noted that about transactions worth N4 billion has been completed on the platform in 200,000 transactions.

Speaking on the second phase of the project, Emefiele stated that the target is to reach 8,000,000 active users, out of over 200 million citizens in the country.

Nigeria’s Central Bank launched the eNaira in October 2021 with a focus on accelarating financial inclusion of over 40% of Nigerians who are unbanked.

Despite the grand vision and intention of the project, its adoption rate has been slow. It had a good start with 400,000 registered wallets within one month of launch. A report in July, indicated that its adoption was impeded as only 700,000 wallets were registered on the platform.

One of the reasons affecting its slow adoption comes from the apathy of commercial banks in the country to promote the project. With the eNaira, users can perform cost-free transactions which impacts negatively on commercial banks who derive their revenue from charges. CBN Governor,

The low adoption facing the e-Naira was predicted by the International Monetray Fund (IMF) in November, while examining the prospects of Nigeria’s digital currency.

“e-Naira wallets may be perceived, or even effectively function, as a deposit at the central bank, which may reduce demand for deposits in commercial banks.

Nigerians all out for Crypto

As against the eNaira, Nigerian’s have been more receptive to crypto adoption. Gemini’s report shows that 26% of Nigerians hold at least one crypto asset, which contributed to seeing the country lead the 880% crypto adoption rally on 2020.

As a result of Nigeria’s high crypto adoption, Naira’s official exchange is under threat. To control the worsening  exchange rate, the Central Bank has prohibited financial institutions from operating crypto accounts and even mandated banks to report crypto-related transanction performed through their platform.

Nigerians are not just increasing their crypto transactions, they are reportedly on the top of global blockchain talents. A recent report by crypto exchange OKX and professional networking platform, LinkedIn, shows that Nigerians working in the blockchain industry has increased 76% from 2021.