The software engineer will work with the team to build out its Lightning Network-based Software-as-a-Service (SaaS) platform. 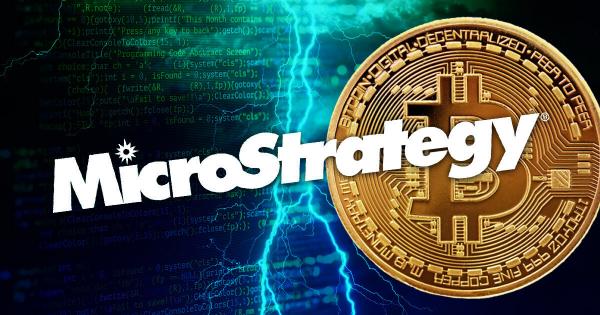 MicroStrategy’s R&D team has been working to develop a suite of Lightning solutions, including Lightning wallet, enterprise servers, and enterprise authentication.

According to the job posting, the software engineer will work with the team to build out its Lightning Network-based Software-as-a-Service (SaaS) platform.

Expectedly, the ideal Engineer should have experience building on the Bitcoin blockchain as well as contributing to Bitcoin Core and other open-source projects.

MicroStrategy’s Chairman Michael Saylor earlier mentioned that once the Lightning infrastructure rolls out, it will bring Bitcoin adoption to over 10 million customers.

As a vocal Bitcoin Maximalist, Saylor has argued that the Bitcoin Lightning Network is the most important technology being developed in the world of technology.

According to Saylor, Lightning Network helps developers get the best from highly scalable dApps while leveraging the trusted security of the underlying Bitcoin layer.

‘The ethos of bitcoin is to go very carefully and not move fast on the base layer without the universal consensus, but in Lightning, you can move much more aggressively developing functionality and take more risks with the applications than you can with the underlying Bitcoin layer.