Avraham Eisenberg has admitted to rug pulling Mango Inu but claims it was all done legally. 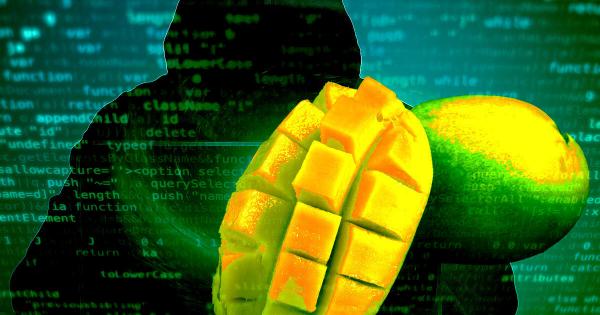 The Mango Markets “hacker,” who goes by Avraham Eisenberg, bragged on Twitter about his latest project, Mango Inu, a meme coin based on Eisenberg’s infamous Mango Markets exploit. Eisenberg, however, made it clear on Twitter a couple of days after launching the project that anyone who invested would “definitely lose all your money.”

Eisenberg later added that he made $100,000 for thirty minutes of work through Mango Inu but could have made much more. Due to the way he removed liquidity from the liquidity pools, he lost money to bots front-running him. Eisenberg estimated he would have made $250,000 had he used another method, such as Flashbots.

Eisenberg offered no solace to those who invested money in the meme coin. Indeed, in response to questions over the legality of his actions, Eisenberg argued that his actions were wholly legal. Eisenberg had the same argument for exploiting Mango Markets which he viewed as an advanced trading strategy.

The lack of marketing or information on Mango Inu should qualify the rug pull as “just open market liquidity transactions,” according to Eisenberg.

What part? Mango Inu is definitely not a security (no marketing, etc), no promises were made, just open market liquidity transactions

A Reddit thread was created to discuss the bragging nature of Eisenberg’s tweets. General sentiment within the Reddit community was that the rug pull was “scumbag behavior,” and Eisenberg is likely to earn “a target on his back” for publicly claiming his exploits.

One Twitter user, Mihai, argued that Eisenberg did promote Mango Inu through his Twitter account and that several tweets invalidate his claim that he “did absolutely no promotion.” Eisenberg denied that any of his claims were fraudulent in a later rebuttal stating Mango Inu was “analogous to selling a box clearly labelled empty box .”

You admit to Mango Inu being a rugpull. Do you pretend that your “did absolutely no promotion” clears you of guilt? Do you think all the people who bought it were expecting to “lose all your money”, as per your disclaimer? pic.twitter.com/RQNSDTSRSx

Eisenberg appears to have performed multiple exploits over the past few years. In January, he posted a substack article entitled “How our team makes millions in crypto risk-free.” The blog takes claim to several NFT bot-sniping campaigns and an AAVE loan exploit using the rebasing token AMPL.

The post concluded with a call for others to share ‘alpha’ and ideas for similar campaigns in crypto or elsewhere, stating

“We have the skills to execute and the capital to maximize. It doesn’t necessarily need to be in crypto.”

Share
Facebook
Twitter
Pinterest
WhatsApp
Previous articleZilliqa’s vision for Web3 gaming prioritizes gameplay – deep dive into roadmap – SlateCast #26
Next articleWeekly MacroSlate: Which part of the Big Short film are we in right now? As U.S. treasury yields continue to climb and invert across the yield curve