LunarFi will initially offer users staking options with its native token Lunr, with up to 25% monthly return on investment. 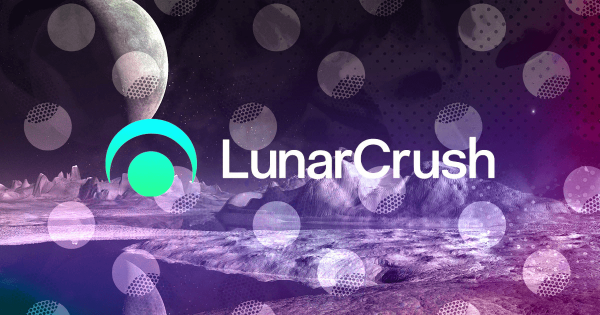 LunarCrush is launching a DeFi protocol called LunrFi for its users on April 13, which will allow its users to begin staking the native Lunr token for yields of up to 25% monthly.

They said LunrFi will not affect Lunr’s tokenomics and its DeFi plans are going to have a positive impact on the ecosystem.

LunarCrush is a crypto intelligence firm that collects data on Bitcoin, altcoins, and exchanges across social media and offers users various tools to leverage that data to become more informed. Its native token Lunr is built on the Zilliqa blockchain and currently offers interoperability with Ethereum and  Binance Smart Chain.

LunrFi will allow users to stake their Lunar for a minimum of one month and a maximum of 12 months, with the earned percentage increasing at a three-month interval.

Staking for a single month will net users up to an 8% return, while more extended vesting periods offer higher returns. For example, staking for 12 months will give users passive yields of up to 25% per month. Users also have the option to end their stakes early by forfeiting rewards.

There are four different contracts:

LunarCrush said it has focused heavily on developing an easy-to-use staking interface after considerable feedback and testing.

Since Lunr is built on Zilliqa, participating in LunarFi’s services will require a ZilPay wallet connected to a LunarCrush account, which will also allow user activity to count toward the company’s other products, like Level Access.

Any Lunr held in the connected ZilPay wallet will count toward Level Access and users will be able to freely transfer Lunr from their LunarCRUSH wallet to ZilPay via the website and app.

Additionally, LunarFi is designed to integrate with all of LunarCrush’s other products like Profile Strength and its weekly Lunr distribution.