Looking back on the year with Polygon: Increase in transactions, new collaborations, and more

Looking back on the year with Polygon: Increase in transactions, new collaborations, and more Soumen Datta · 6 hours ago · 3 min read

While most blockchain networks lacked traction in 2022, Polygon attracted major companies in both web2 and web3 spaces. 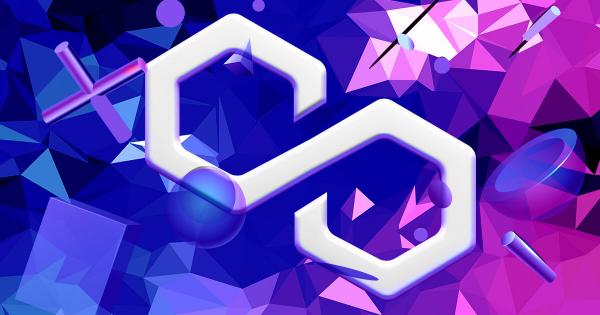 Despite the troubles that came with 2022 for the crypto space, Polygon enjoyed steady growth in many sectors, with record numbers of transactions and new collaborations.

As of December 26, there are over 202 million unique addresses on the blockchain. Polygon also claimed to eliminate about 600,000 tonnes of Carbon. In addition to these accomplishments, numerous transformative innovations have been launched on the blockchain as adoption continues to grow.

Below is a highlight of notable developments for the Polygon ecosystem in 2022.

In July, Polygon was selected as one of the six firms to participate in the Disney Accelerator Program 2022 and the only blockchain-oriented firm selected for the program.

The Disney accelerator program is a business and development-oriented initiative established to enhance the growth of innovative businesses globally with technologies within augmented reality (AR), non-fungible tokens (NFT), and artificial intelligence (AI).

Despite some Reddit users being anti-crypto, the Reddit NFTs were among the major announcements this year. In October, Reddit released “Collectible Avatars” based on its Snoo mascot.

Over 3 million wallets had been created on Polygon to receive the NFTs in a few months, according to a Reddit executive. Furthermore, more than 5 million colored avatars have been created with over 4.3 million unique wallets.

In November, Meta launched a toolkit for Instagram users to mint and sell NFTs based on the Polygon blockchain. Worth noting that Polygon emerged as the first partner of Meta for the new feature.

Another dive into the NFT space saw Polygon emerge as the third supported chain on the popular NFT marketplace Magic Eden.

Through the integration, Magic Eden will also support game developers and content creators in the Polygon ecosystem.

Phantom joined the league of numerous projects in the industry that are pushing towards a multichain future. The integration provided users with a simplified, safe, and seamless way of using NFTs and decentralized applications.

NIKE’s journey into the Virtual assets sector with Polygon

Nike launched the digital asset platform, Swoosh, with the assistance of Polygon, to further establish its presence in the Web3 space on Nov. 14.

In the announcement, Nike established that virtual apparels from Swoosh are usable for RTFKT avatars. RTFKT is another well-known developer team in the Web3 space Nike acquired in 2021.

In another development, the Popular Coffee outlet Starbucks through Polygon launched its loyalty reward platform in December.

Notably, the coffee chain giant provided ways of earning loyalty rewards for customers as they participated in an interactive engagement known as a “Journey.” The Journey as an interactive session aims to project the firm’s brand and educate customers about Starbucks and Coffee history.

The rewards are digital collectible stamps in the form of non-fungible tokens (NFTs).

In December, Polygon extended its reach to the e-Commerce space in India through Flipkart. The two firms partnered to build a blockchain e-Commerce center of excellence.

Polygon reports that the Centre will focus on e-commerce research and development in Web3 and the metaverse, exploring the future of shopping and being online.

Lastly, projects like Robinhood, Wild Card, Midnight Society, and One Planet Lending Solution all enjoyed the contribution of Polygon to their respective projects.

Moreover, Polygon is also developing its three zero-knowledge proof (zk) scaling programs to support its growing mainstream adoption ambitions. Using such solutions, transactions are rolled up on a separate chain and then committed to Ethereum, enabling much higher transaction speeds.

The Polygon zkEVM was revealed last July, and its testnet was launched in October, with the team claiming it was the first zkEVM with a public testnet that produced ZK proofs.