Crypto influencer Lark Davis said he did “nothing wrong” when ZachXBT called him out for shilling token projects backed by evidences of his wallet transactions, which showed he receieved money from promoting the projects. 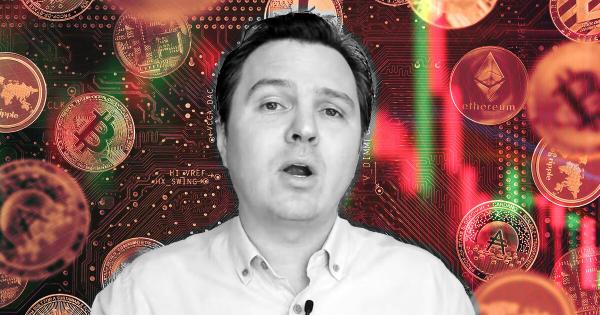 Crypto influencer Lark Davis has denied accusations of “pumping and dumping” low-cap crypto projects on his followers in a series of 19 Twitter posts published on Sept. 30.

For the sales in question, I want to be clear that:
1. I disclosed that I was an investor when I initially discussed them
2. I talked about it before the token sale, to give you a chance to get into the sale.
3. I paid for all of these coins, I got nothing for free.

The Tweets came shortly after on-chain sleuth ZachXBT alleged Davis profited over $1.2 million through crypto shilling, backed by eight examples of Davis promoting new crypto projects without disclosing that he received payment from doing so.

The tweets also showed Davis’ wallet receiving tokens for these projects after promoting them to his audience. Davis allegedly sold the tokens immediately after creating hype around the tokens and pumping the tokens’ price.

In the Twitter threads, Davis refuted the accusations. First, he stated that he always discloses when he has invested in a token and justified selling the tokens and profiting from the sales.

He explained he always shared the tokens at their pre-launch stage, the same time he purchased the tokens to give his audience a chance to get the same investment opportunities as himself. He added that since he is not a “whale, ” the amounts he sold are not enough to dump the tokens’ price.

He went over the examples ZachXBT listed one by one, stating the tokens he promoted and bought helped his investors make money and that he believed in the potential of these tokens. He also said he lost about 50% of his investments in the BMI token and blamed the APY token’s price drop on the team’s failure to “deliver on time.”

He emphasized that he did “nothing wrong” and that he presented the token sale opportunities before the tokens launched. He also wrote that he understands it’s easy to find a scapegoat to blame in the bear market.

Towards the end of his Twitter thread, he thanked his subscribers and confirmed he will continue his mission to help them grow their crypto wealth.

He concluded the post with a thread that reads, “What you choose to do with my opinions is completely up to you.”

The Twitter community is divided between supporting Davis and criticizing him for pumping and dumping the tokens he promoted.

Twitter user @PoliticoPup, suggested bringing the U.S. Securities and Exchange Commission to ask for their take, while he demanded that Davis provide financial proof before and after “shilling to followers.” This statement echoed the majority of the comments on Davis’ claims of innocence.

ZachXBT has also retaliated against Davis’ defense and pointed out how Davis dumped six figures of tokens on low-cap crypto projects after “aggressively shilling.” He added that Davis deflects blame on the bear market and the APY team for his actions while generating significant profits from promoting tokens.

The blockchain investigator concluded by heeding the public to refrain from turning to crypto influencers who only wish to exploit their audiences financially for investment guidance.

Update: Lark responded so let’s address his defense. I’ll post the screenshots since many of you are blocked too.https://t.co/FI9fpAuiwC

He claims it’s nowhere near enough to effect price when he is dumping 6 figures of tokens on a micro cap after aggressively shilling? pic.twitter.com/q5YnGXCFzY