The TRON founder said multiple backing assets and an over-collateralized reserve mean USDD is not prone to the same vulnerabilities as UST. 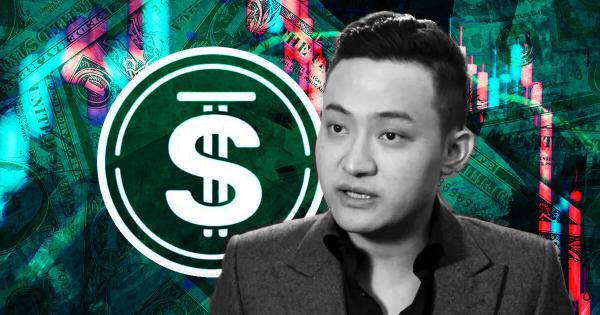 Throughout this period, algorithmic stablecoins were demonized as intrinsically vulnerable. But despite some drawing parallels between USDD and UST, as both are algorithmically pegged and feature(d) high APY yields, Sun argues that USDD is different.

“LUNA is the token for the blockchain, you can use LUNA to mint UST. But the problem for LUNA and UST is they only have one correlation. So all of the UST price is 100% based on the LUNA price.”

Sun continued by saying this is not the case with USDD, which uses a hybrid model, taking account of other stablecoins in the market, to ensure its price stability. This refers to being able to mint and burn from/to four different assets, including USDT and USDC stablecoins.

Also, as explained by KuCoin, USDD operates using a decentralized price oracle to estimate the USDD price. Super Representatives (SR), who vote on the current rate in U.S. dollars, underpin this mechanism.

The voting process requires tallying votes and calculating weighted medians as the correct exchange rate. SRs that vote within the standard deviation of the chosen median are rewarded, thus incentivizing accurate voting among the SRs.

Likewise, when USDD drops below $1, the reverse situation occurs where users swap 1 USDD for $1 of TRX (or other qualifying assets,) where the protocol burns the USDD to reduce supply, pushing the price higher towards $1.

Moreover, Sun also pointed out that the collateralized assets backing USDD exceed the supply. In theory, this means token holders can always liquidate into dollars.

“This provides a very good counter for the participants in the market… Right now, the overall collateralized percentage for USDD is at 300%, so it’s very healthy.”

The tdr.org website shows the USDD supply at $747.4 million, with collateral consisting of TRX, BTC, USDT, and USDC totaling $2.3 billion in value – equating to a ratio of 307%.

Summing up, Sun said because the mint burn mechanism relies on multiple assets, not just TRX, in addition to the backing of an over-collateralized reserve, USDD is not like UST.