XRP soared over 10% as court orders SEC to hand over Hinman document to Ripple Labs. 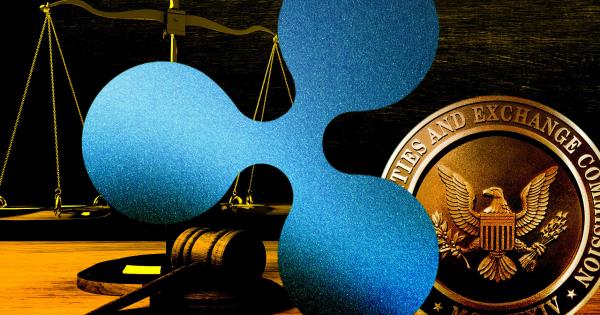 U.S. District Judge Analise Torres has ruled in favor of Ripple Labs after it ordered the SEC to release documents relating to a speech delivered by former SEC official William Hinman.

During a 2018 summit, William Hinman asserted that the sale of Ethereum and related cryptocurrencies are not securities.

Ripple Labs has been demanding access to Hinman’s speech to defend against the SEC’s claim that XRP should be treated as securities.

The SEC had resisted court injunctions to hand over the document to Ripple, claiming that the Hilman document was protected by the deliberative process privilege (DPP).

However, Judge Sarah Netburn, on Jan. 13, 2022, ruled that the DPP did not protect Hilman’s speech as it represented his personal opinion and not the SEC’s decision.

The SEC failed to hand over the document, instead filing a motion to assert that attorney-client privilege protects the document.

In the latest court ruling of Sept. 29, Judge Torres reiterated that the attorney-client privilege will not be applied as the document was not intended to “render or solicit legal advice.”

After due consideration by the court, the SEC was been ordered to hand over the Hinman document to Ripple Labs.

Accordingly, the court overrules the SEC’s objections and directs the SEC to comply with the orders.

Ripple’s native XRP token has increased by over 10% since the court ruling was announced.