Huobi exchange claims it exited its stake in HUSD stablecoin since April, as liquidity crisis forces the stablecoin below $0.8. 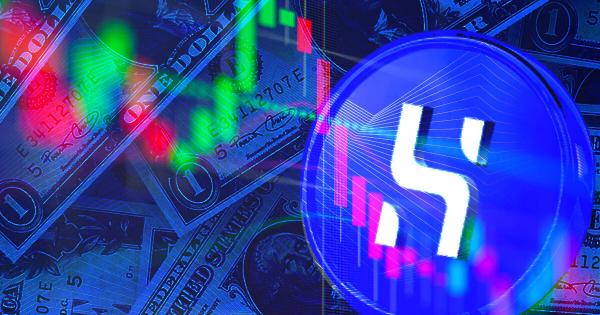 Huobi’s HUSD is the latest stablecoin to risk further de-pegging as it is currently trading below $0.8. The exchange, however, exited its stake in the stablecoin in April.

According to coingecko, HUSD has declined over 11% within the last 24 hours as it is currently trading at $0.87. Curve finance also noted that the HUSD/USDT exchange rate in its HUSD/3Crv pool sits at $0.94.

Huobi confirmed that the stablecoin issuer Stablecoin Universal was experiencing a liquidity issue.

We are aware of the current liquidity issues associated with the HUSD stablecoin, which is issued by Stable Universal Limited and built on the Ethereum network.

Huobi Global exited its stake in Stable Universal in April 2022. We urge HUSD to address its liquidity issues as soon as possible.

Many customers are left stranded as efforts to reach HUSD issuer Stable Universal has been unfruitful.

HUSD is a cash-backed stablecoin issued by Stable Universal Limited. The stablecoin is redeemed on a 1:1 basis against the U.S. dollar. Its reserve report showed each issued token was backed by 100% of cash held in money market accounts.

In the wake of the depeg, HUSD’s market capitalization is sitting at $71.4 million.

The stablecoin, which was launched by Stable Universal Limited in partnership with Huobi and Paxos in July 2019, seems to have lost out in the deal.

Within one year of working with Paxos, the stablecoin had issued more than $1.6 billion HUSD tokens and processed transactions worth more than $3 billion.

Paxos was the last named custodian of the cash reserve backing the HUSD stablecoin.

Paxos is the custodian of all the dollars underlying HUSD tokens, so we can offer additional capabilities to users of HUSD.

Since July 2020, Paxos has not made an official announcement about its stablecoin holdings. However, HUSD is no longer listed as a stablecoin that Paxos is providing custody for.

FTX had also announced that it will no longer treat HUSD as part of its USD holdings and will cease to accept it as collateral on its platform.