Concerns surrounding Ethereum emerge following the FTX Exploiter’s movement of stolen funds out of ETH and into BTC. 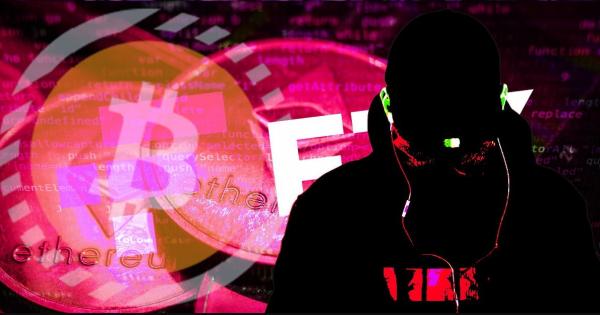 On Nov. 20, the FTX Exploiter account began to start shifting the stolen funds once again — totaling 50,000 Ethereum (ETH) valued at an estimated $60 million.

The FTX hacker is doing things…

They sent 25k ETH to another wallet and have been actively selling into RenBTC over the last few hours.

They sold another 3k ETH a few minutes ago.

Can’t we just chill on a Sunday? pic.twitter.com/WLwlU943R9

Spread roughly across a four-hour window, the hacker first shifted 5000 ETH, then 10,000 ETH twice, and then finally a further 25,000 ETH to another wallet.

Funds bridged from ETH to renBTC

With $60 million in ETH on the new ‘0x866’ wallet, the FTX Exploiter then began bridging portions of the 50,000 ETH using RenBridge, the blockchain bridging platform backed by Alameda Research.

The $477 million received by the “FTX drainer” ethereum account is now being bridged to Bitcoin, using RenBridge (owned by Alameda!)
$28 million in ETH has been converted to RenBTC so far this morning, of which $18 million has been bridged to BTC.https://t.co/46DhCaX7GQ

The FTX Exploiter continued to swap the majority of the 50,000 ETH into renBTC and bridged a total of 692 renBTC.

In light of the 50,000 ETH to renBTC bridging event today, concerns have begun to resonate on Twitter regarding the state of Ethereum, as seen below — explained by the founder of YCC, Duo Nine.

If #Ethereum is “better” than BTC, why is this #FTX hacker dumping it for #Bitcoin?

Actions speak louder than words and this is a clear $250 mil vote on #BTC.

Will consider buying #ETH once it is back at 3 digits. pic.twitter.com/V29apdHC3o

The concern expressed by Duo Nine prompted a number of responses, them too displaying worries surrounding Ethereum ranging from SEC regulation, centralization, and ETH supply locked up.

While mainly speculation, the one accurate concern pointed out by the Twitter user, Oracle, is the movement toward a ‘censored’ Ethereum blockchain system — as covered earlier this week.

Standing at 78.18% at press time, the total daily average of Office of Foreign Assets Control (OFAC) compliant blocks on the Ethereum blockchain steadily continues to rise.