Nate Chastain is under trial for exploiting OpenSea’s NFT data for his personal trades and has requested the court to dismiss his case on a technicality based on Carpenter wire fraud theory. 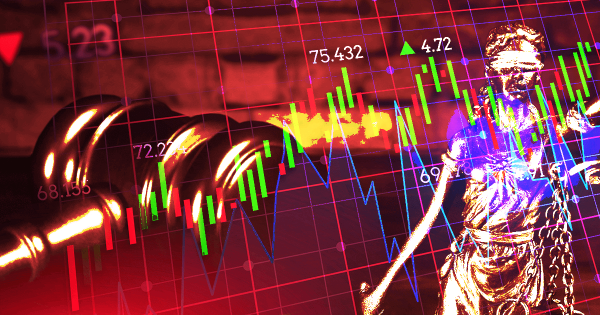 Former OpenSea sea executive Nate Chastain has filed a motion asking a U.S. district court to dismiss insider trading charges levied against him because non-fungible tokens (NFTs) do not meet the requirements for wired fraud charges.

Citing the Carpenter wire fraud theory, Chastain’s lawyer argued that NFTs were neither securities nor commodities, and insider trading law couldn’t apply to them as the government recognized them as “digital artworks” and issues.

In defense of the money laundering charges against Chastain, his counsel argued that the transparent nature of the Ethereum blockchain makes this charge unnecessary. The NFT transactions the accused executed could be accessed for further investigation.

Following the insider trading accusation, Chastain was relieved of his role at OpenSea and has to face legal battles that could result in a 20-year sentence if found guilty.

The U.S. Department of Justice (DOJ) arrested Chastain in June for allegedly exploiting insider information from OpenSea’s NFT collection, and trading dozens of NFTs featured on the homepage.

Chastain’s arrest was the first of its kind in the crypto space on the grounds of insider trading. Since then, more parties have been indicted, including ex-Coinbase Manager Ishan Wahi.

Ishan allegedly revealed information about assets slated to be listed on Coinbase to friends and family, who used Ethereum-based wallets to acquire the crypto assets and sold them upon successful listing.

The accused is said to have made a profit of about $1.5 million from the illicit activity.

Much like Chastain, Ishan used a similar argument in his defense, claiming that U.S. laws for insider trading do not apply to cryptocurrencies.