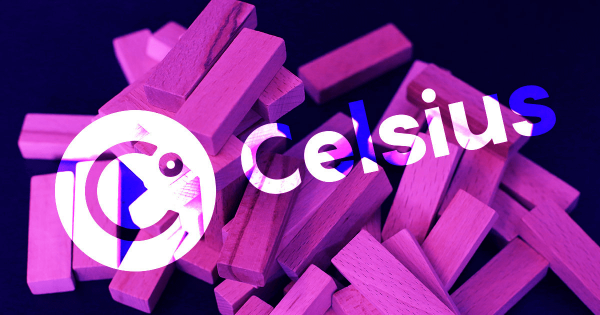 Speaking to CNBC, a former Celsius director said the company was actively involved in manipulating the price of its CEL token.

Timothy Cradle spent over two years working at the company. He started as an AML Analyst, then moved on to Head of Monitoring before landing a leadership role as Director of Financial Crimes Compliance —  staying in the position for three months.

Celsius – a lesson in how not to run a lending platform

Celsius announced a pause on withdrawals, swaps, and transfers on June 13 in a bid to “stabilize” its operations.

In the weeks leading to the suspension, users had reported difficulties withdrawing funds, fueling rumors that the company was insolvent. At the time, CEO Alex Mashinsky denied the claims and blamed criticisms, particularly CEL’s faltering performance, on unnamed entities intent on taking down the company.

Since then, it has come to light that Celsius was actively engaged in risky high leveraged trading. But that strategy came undone as crypto winter began to bite hard.

The firm filed for Chapter 11 bankruptcy on July 14, ending speculation that normal operations would resume. The court filing showed a $1.2 billion balance sheet shortfall —casting doubt on whether users’ funds will be returned.

Cradle said he first caught wind of market manipulation at a 2019 Christmas party. At the event, the former Compliance Director said he heard senior execs discussing “deliberate price movements” in CEL, which he labeled “a bit of an odd thing.”

Market manipulation refers to any attempt to interfere with the free and fair operations of the market. According to crypto entrepreneur Erik Read, legislation against market manipulation does exist; however, none specific to cryptocurrency.

“I don’t know what better way to phrase it. But they were in the market, they were actively trading and increasing the price of the token.”