Ethereum Classic’s hash rate is at a record high of 222.5 terahashes per second (TH/s) recording an over  250% surge in the last 24 hours. 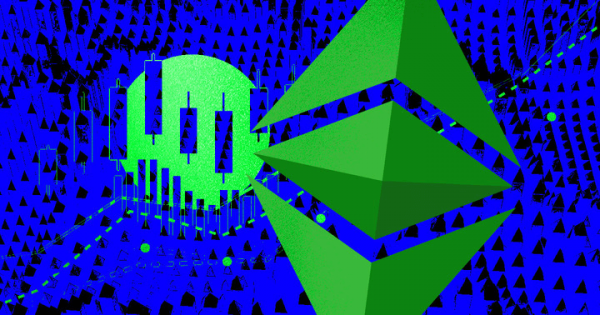 Ethereum Classic is getting a fair share of the miners who can no longer mine Ethereum after its consensus mechanism was changed to proof-of-stake following completion of the Merge.

The surge of PoW miners into Ethereum Classic post-Merge has increased its hashrate by over 250% in the last 24 hours, according to 2Miners data.

As of press time, Ethereum Classic’s hashrate is at a record high of 222.5 terahash per second (TH/s), showing an over 250% surge in the last 24 hours. Its native ETC token is currently trading at $37.74.

May both chains co exist in their own right providing options for stakers and miners. https://t.co/4x008OxaUL

An earlier poll by @cryptovium revealed that PoW miners were looking to move into Ethereum Classic, Ergo, Ravecoin, and Flux after the merge. Available data from 2Miners indicates that their hash rates are also surging.

Following the success of the Merge, Ergo’s hashrate has surged to a record high of 137 TH/s, recording over 400% increase in the last 24 hours.

Ravencoin has also grown in the last 24 hours. Its hashrate increased from about 9 TH/s to sit at 14.34 TH/s as of press time.