The fight for energy has brought the E.U. to its knees as it struggles to satisfy demand with a weakened currency and rising prices. However, the aftermath of Europe’s energy struggle could be beneficial to Bitcoin. 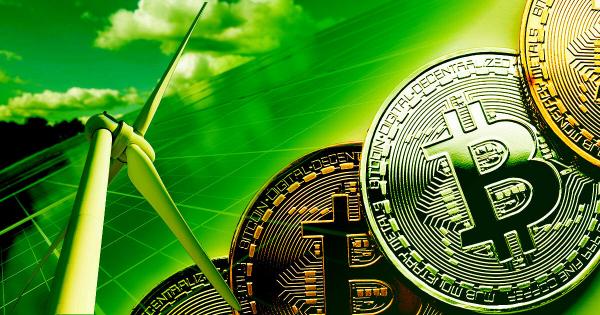 Nothing shines a light on the importance of energy as much as a fast-approaching winter. When the temperature drops, the scarcity of energy becomes obvious and global efforts to preserve it begin.

This year, the fight for energy is more aggressive than it’s ever been.

The fiscal and monetary policies set in place during the COVID-19 pandemic caused dangerous inflation in almost every country in the world. The quantitative easing that set out to curb the consequences of the pandemic resulted in a historically unprecedented increase in the M2 money supply. This decision diluted the purchasing power and led to an increase in energy prices, sparking a crisis that is set to culminate this winter.

CryptoSlate analysis showed that the E.U. will most likely be the one hit the hardest by the energy crisis.

The European Central Bank (ECB) has been struggling to keep core inflation down this year. The Core Consumer Price Index (CPI) began to increase substantially in 2021 due to the pandemic both in the U.S. and the E.U.

The U.S. has seen its Core CPI decrease sharply since its culmination in February and posted better-than-expected results last month. However, Core CPI in the Eurozone has continued to increase throughout the year and currently shows no sign of stopping.

A similar increase in Core CPI can also be seen in Japan and the U.K. One of the factors that may have contributed to their monetary instability is a lack of investment and support for commodities like oil and gas. Widespread efforts to switch to renewable sources of energy led to a decrease in oil and gas purchases in the E.U. and the U.K.

In contrast, the U.S. and Russia have been investing heavily in oil and gas and promoting innovation in the field.

Looking at the value of fiat currencies against the U.S. dollar further confirms this impact.

The Russian Ruble and the DXY have both increased in value in the past two years, while the euro, British Pound, and Japanese Yen have all seen their Dollar value decrease.

With rising inflation and a seriously weakened currency, the E.U. will have a hard time competing for oil and gas on the global market. Natural gas producers warned that almost all long-term contracts for natural gas coming out of the U.S. have been sold out until 2026. Until then, when a new wave of natural gas supply is expected to come, the E.U. will have to compete with Asia for the limited supply and swallow the high gas price.

All of this uncertainty could have a positive effect on Bitcoin. While the broader crypto market struggles to remain afloat after the FTX fallout, Bitcoin has positioned itself as a pillar of stability in a market plagued with bad actors. Devalued fiat currencies could push retail investors away from safe-haven assets like gold and commodities and towards an asset like Bitcoin.