The world’s most famous whistleblower was an early adopter. 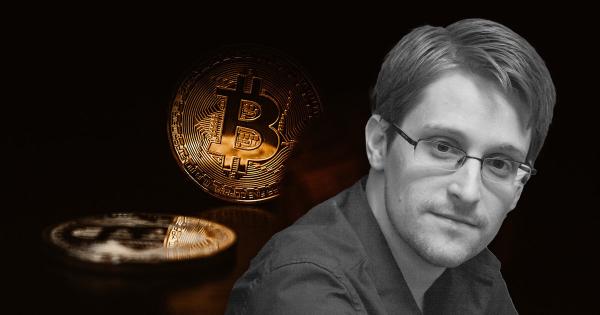 Edward Snowden, a former CIA agent and whistleblower, revealed that he used Bitcoin to leak classified documents back in 2013.

Snowden was addressing accusations that he had little understanding of the crypto industry, which he believes stems from the fact that he doesn’t shy away from criticizing Bitcoin.

Bitcoin paid for the servers that hosted leaked NSA documents

While Edward Snowden has been a vocal participant in the crypto industry, it seems that very few people take him as an early adopter. However, the famous whistleblower’s views of freedom and autonomy align perfectly with Bitcoin, which he claims has been using for almost a decade.

In a recent Twitter exchange, Snowden addressed accusations that he had a “superficial” understanding of Bitcoin. The comments were prompted by his earlier tweet, in which Snowden criticized venture capital investors that warned the public against investing in Bitcoin.

There is a strain of wealthy VC-guy who pretends to do you a favor by “warning” against Bitcoin (or whatever) while hyping centralized garbage-coins that they coincidentally happen to own an enormous stake in.

If you ever make it, don’t be that guy. If you are that guy, change.

He went on to explain that his frequent criticism of Bitcoin led many to believe that he had only recently discovered cryptocurrencies. According to Snowden, this couldn’t be further from the truth.

Snowden revealed that he has been engaging with Bitcoin for almost a decade, using the coin to publish the controversial NSA documents he leaked in 2013.

“There is also a strain that thinks I recently discovered Bitcoin, simply because I criticize it at times. You know that whole NSA story from almost TEN YEARS AGO? I paid for the servers that made that possible…using Bitcoin,” he said.

Nonetheless, he reiterated the point he frequently makes, which is that this still doesn’t make him a Bitcoin maximalist.

“I’m just not a maximalist,” he said in the tweet.

Get an edge on the cryptoasset market

Access more crypto insights and context in every article as a paid member of CryptoSlate Edge.