U.K. Treasury committee to probe Binance’s role in FTX collapse, Three Arrows Capital moves over $20 million in the last six days, and much more in this edition of CryptoSlate Wrapped Daily. 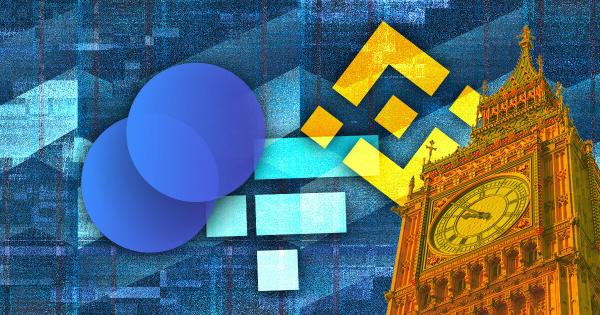 The biggest news in the cryptoverse for Nov. 15 includes UK lawmakers probing Binance over FTX collapse, on-chain sleuth ZachXBT calling out Gate.io for covering up 2018 hack, and  Three Arrows Capital moving $20 million worth of ETH and stablecoins.

Leading crypto exchange Binance is under investigation in the U.K. for its alleged role in the FTX collapse. U.K. lawmakers have called on the exchange to defend its decision to sell off $500 million worth of FTT tokens and to back out of the attempted purchase of FTX.

The lawmakers have asked Binance to submit internal discussions and documents relating to its attempted purchase of FTX.

The Supreme Court of Bahamas has approved the appointment of Kevin Cambridge and Peter Greaves of PricewaterhouseCoopers as liquidators of FTX’s remaining assets.

According to the authority, the liquidators will speed up the liquidation process in a bid to protect the interest of FTX creditors, clients, and stakeholders.

3AC wallet shifts over $20M in ETH, stablecoins over past 6 days, fueling rumors of revival attempt

A wallet linked to the collapsed Three Arrows Capital (3AC) reportedly received about $20 million worth of ETH, USDT, and USDC between Nov. 9 and Nov. 11.

The recent inflows into the 3AC wallet have raised concerns that the 3AC founders may be looking to raise new funds to revive their operations.

ZachXBT calls out Gate.io for keeping 2018 hack under wraps

Back on April 18, 2018, North Korean hackers reportedly attacked Bter.com (now Gate.io) and stole over $230 million including $10,777 worth of Bitcoin from the exchange’s cold wallet.

‘According to on-chain sleuth ZachXBT, Gate.io covered up the 2018 hack, claiming that the crypto exchange was immune to attack by anyone.

Following the FTX collapse, DeFiLlama data shows that Solana’s total value locked (TVL) has declined by 63.2% as over $500 million was withdrawn across DeFi protocols in the ecosystem.

Former FTX CEO Sam Bankman-Fried’s (SBF) one-worded tweet series which started on Nov. 14 has finally ended, amidst speculations that he may be suffering mentally.

Despite rumors that SBF’s memory loss may be due to a high intake of stimulants like amphetamines, many crypto community members believe that the bizarre tweet was a deliberate troll to evade legal actions for his crimes.

The hacker has reportedly sent the WHAT HAPPENED token for trading on Uniswap, in an attempt to pump and dump on unsuspecting meme coin investors.

The Solana Foundation said it held about 3.43 million FTX tokens (FTT), 134.54 million Serum (SRM) tokens,  3.24 million shares of FTX Trading stock, and about $1 million worth of cash on FTX before it stopped processing withdrawals.

Overall, the Solana foundation’s assets held on FTX are currently worth approximately $35 million.

A recent tweet by former FTX CEO Sam Bankman-Fried claimed that his empire had sufficient resources to repay customers as of Nov. 7, before things went out of control.

a) Alameda had more assets than liabilities M2M (but not liquid!)
b) Alameda had margin position on FTX Intl
c) FTX US had enough to repay all customers

Not everyone necessarily agrees with this

Bankman-Fried added that he was working with regulators and relevant teams to refund customers.

Stablecoin metrics analyzed by CryptoSlate all point to a possible buying pressure that may cause the Bitcoin price to rebound. 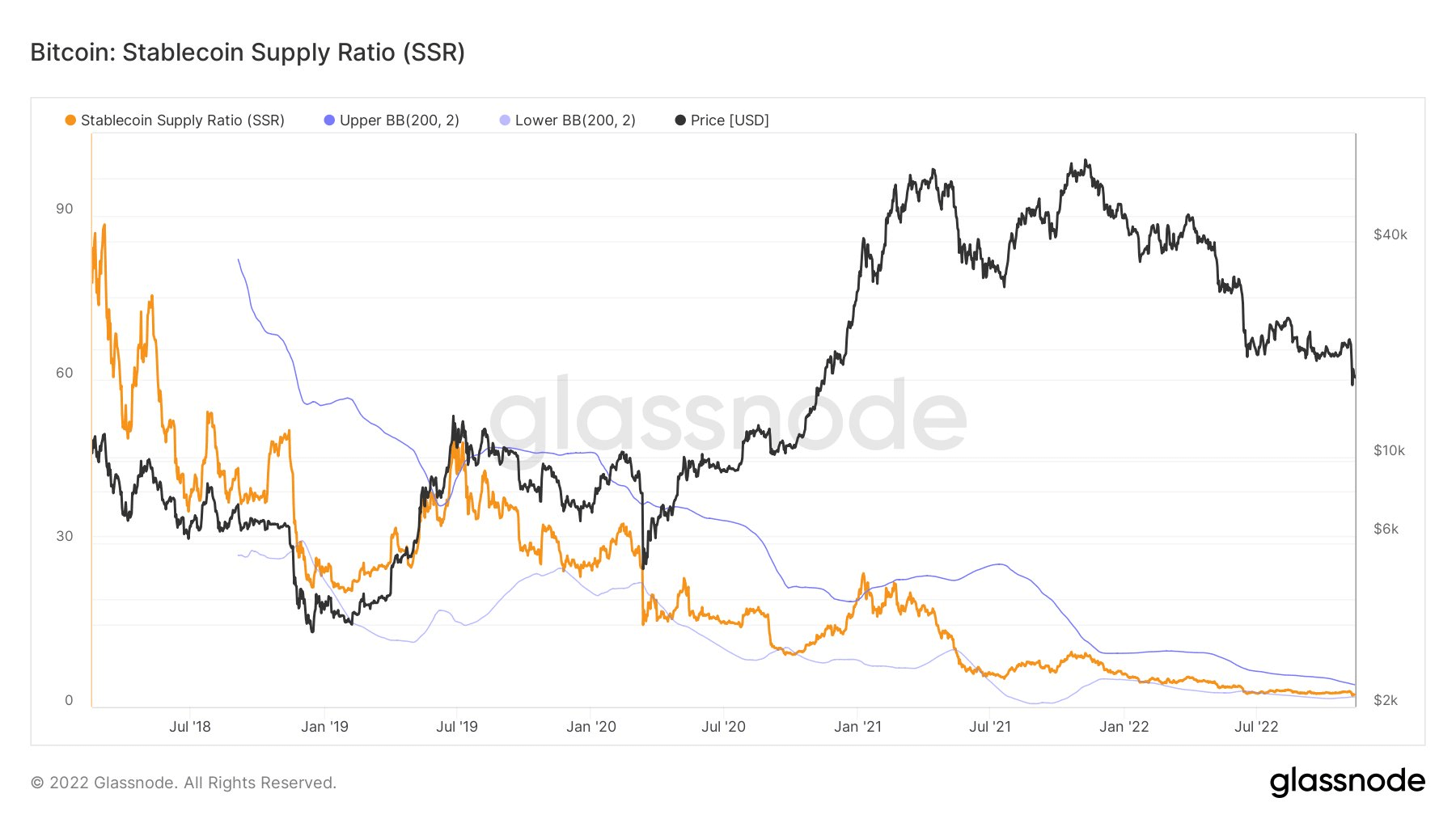 From the chart, the SSR is currently at a low of 2.28, meaning that for every $1 stablecoin, there is $2.28 of Bitcoin. This is considered an indication of increased buying pressure for the flagship cryptocurrency.

In addition, the stablecoin exchange net flow volume has surged to over $1 billion, indicating investors’ readiness to take advantage of low prices to accumulate more Bitcoin.

Similarly, the stablecoin balance on exchanges recently reached a peak of $46 billion, which is considered bullish for Bitcoin.

The Federal Reserve Bank of New York has partnered with Citigroup, HSBC Holdings, Mastercard, and Wells Fargo to conduct a 12-week digital dollar pilot, according to Reuters.

The project tagged “the regulated liability network”, will explore how to use digital dollar tokens to speed up settlement time in currency markets.

Due to the FTX collapse, crypto lender BlockFi is on the verge of filing for bankruptcy, according to The Wall Street Journal.

Similarly, Liquidity exchange announced that it will be halting all withdrawals due to FTX’s bankruptcy state.

Paradigm co-founder Matt Huang said his company has written off all its equity investment into FTX to $0, as the FTX battles through its bankruptcy state.

Investment firm Sino Capital said it had a mid-seven figure locked up in FTX, but did not invest any of its liquidity providers’ capital into FTX.

Binance did not leak API keys leading to Skyrex attack

Binance CEO Changpeng Zhao “CZ” stated that his exchange was not responsible for leaking the API keys exploited to hack Skyrex exchange earlier on Nov. 13.

Skyrex added that it was working to prevent future hack incidence, as it seeks to compensate all affected users.