Finzer said affected workers would receive severance and health insurance until 2023 alongside an accelerated equity vesting. 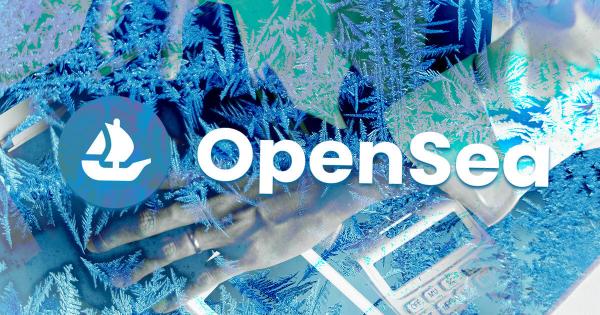 Leading non-fungible token marketplace OpenSea CEO Devin Finzer has revealed that the crypto firm laid off about 20% of its staff on July 14.

Today is a hard day for OpenSea, as we’re letting go of ~20% of our team. Here’s the note I shared with our team earlier this morning: pic.twitter.com/E5k6gIegH7

According to the announcement, the company reduced its staff strength because of the “unprecedented combination of crypto winter and macroeconomic instability” that could last for a long time.

The announcement did not reveal the exact number of affected employees; however, the figure is expected to be in the hundreds. The company’s LinkedIn profile showed it has a workforce of 750 individuals.

Meanwhile, Finzer said he believes OpenSea would be going through this process only once because the firm has “built a strong balance sheet” through its raised funds.

The changes we’re making today put us in a position to maintain multiple years of runway under various crypto winter scenarios (5 years at the current volume) and give us high confidence that we will only have to go through this process once.

Finzer added that affected workers would receive severance and health insurance until 2023 alongside an accelerated equity vesting.

Rival NFT marketplaces like LooksRare and NFT.com responded to Finzer’s tweets with revelations that they were hiring more hands.

OpenSea’s trading volume has dropped to new lows after starting the year strongly. According to data from DappRadar, the NFT marketplace recorded a transaction volume of $491 million in the last 30 days.

However, this reflects a broader decline in the space — data from Cryptoslam.io shows that NFT sales volume has declined by around 50% in the last 30 days.