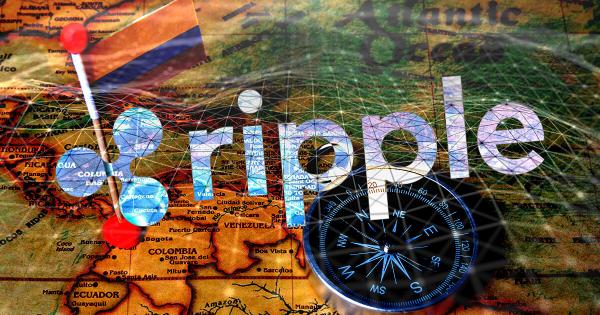 Columbia integrated a digital lang registry system built on Ripple‘s XRPL Blockchain into its National Land Agency. The solution was built in a year by the joint efforts of Ripple and its Barcelona-based partner Peersyst Technology.

📢 Thrilled to announce that after a year of development with @GobDigitalCO @Ministerio_TIC, we launched the first #NationalLandRegistry on top of #XRPL #Main #Blockchain for all Colombians!🇨🇴

Find more how @Peersyst worked with @Ripple to achieve it! 👇https://t.co/PuYncDB0qv

The solution will allow digital assets to be registered on the XRPL Blockchain. It is estimated that the system is capable of registering more than 100,000 contracts in the near future. The uploaded assets will be authenticated through a QR code.

The new solution aims at solving the county’s land issues and the resulting low confidence in authorities.

Colombia is one of the countries with the highest crypto adoption. High inflation in the country has been one of the major factors that pushed Colombians towards cryptocurrencies.

Based on the data from April 2022, Colombia is ranked as the 15th country with the highest inflation with an 8.01% inflation rate. Crypto users comprise 6.14% of the whole population, equating to 3,1 million Colombians.

According to Gemini’s 2022 Global State of Crypto report, 56% of Colombians think that crypto is the future of money. The country also has a substantial amount of female investors in the crypto market. A survey from March 2022, on the other hand, points out that Colombia also has a positive sentiment towards the metaverse.

On the regulatory side, Colombia has crypto exchanges working side to side with banks. The country authorized alliances between banks and crypto exchanges in February 2021. Since then, more than 10 partnerships have been established, while a vast network of Bitcoin ATMs has also grown in the country.

While most crypto companies have a hard time due to market conditions, Ripple remains an exception.

In the early days of the bear market, Ripple’s CEO Brad Garlinghouse talked about the company’s tendency to lean more towards mergers & acquisitions. Garlinghouse said he expected the crypto market to evolve towards M&A and that Ripple would be on the buying side once it did.

While the company didn’t sign an M&A deal yet, it has expanded to Canada. Ripple announced its new office in Toronto on June 24. The engineering-focused office intends to employ 50 developers, despite the firing trend in the crypto space. The new office will focus on developing more innovative solutions, like the land registry system of Colombia.

Announcing the launch of the new office, Garlinghouse said:

“Crypto and blockchain present an incredible opportunity for engineers to tackle difficult problems, with the potential for these solutions to impact the movement of value around the world,”

While it is clear that Garlinghouse believes the winter shall pass, he didn’t hesitate to remind his followers as well. He published a thread on his Twitter account on June 14, saying:

“Days like today are never what you hope to see. But, as someone who has experienced several downturns, he remains adamant that “this too shall pass.”