Coinsillium CEO Eddy Travia said CBDCs will not bring down private cryptocurrencies as they fail to give consumers any advantage. 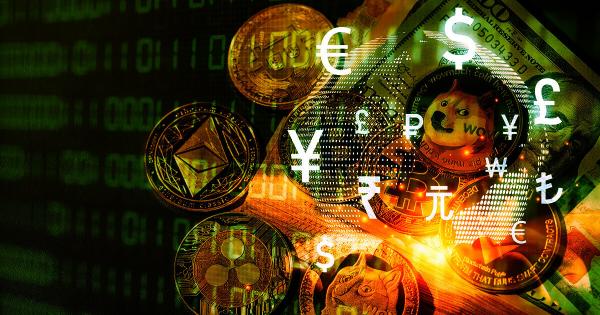 The development of Central Bank Digital Currencies (CBDCs) is picking up pace but Coinsillium CEO Eddy Travia is not concerned about their impact as he thinks they fail to give users an edge over existing private crypto options.

Coinsillium is an open finance venture operator specializing in blockchain technology, especially non-fungible tokens, which the firm predicts will soon encompass greater commercial use, such as for ticketing and data purposes.

According to the American think tank, the Atlantic Council, 11 countries have launched a CBDC project, 14 are running pilots, 26 are actively developing, and 47 are researching the concept.

Despite that, the issue remains highly divisive; arguments against include how they may reduce personal privacy and the cyberattack risk posed on a nation-state level.

Speaking to CryptoSlate on the push for CBDCs and the accompanying restrictions against crypto, Travia said political motives are often unfairly swayed by negative media coverage of digital assets – which seems to garner more visibility.

This phenomenon can influence the thought process of policymakers, particularly how some may view the industry as a snake pit to be legislated against or countered with CBDCs.

Travia postulated that the push for CBDCs addresses the need to evolve and future-proof money while offering a strong degree of control – which is not the case with private cryptocurrencies.

“They are looking at CBDCs because, again, CBDCs are something they can control, and they feel they can impose certain rules.”

However, commenting on China’s CBDC, the Coinsillium CEO said the project “is not doing so well” because existing and established payment options, such as Alipay or WeChat Pay, are very similar to the digital yuan from a user/front-end perspective. And so, it offers little difference to consumers.

With no “clear advantage” over private cryptocurrencies, Travia concluded that they will play only a “small niche” in the future of money.

“In that world of thousands of crypto coins, I think that CBDCs have a very small niche to play because, where is the clear advantage for consumers?”

However, one benefit could be in terms of competition between central banks and retail banks, which Travia sees as potentially positive for consumers.

At the more extreme end of the scale, there is growing concern over CBDCs as a dystopian tool. For example, Shapeshift CEO Erik Voorhees, speaking on the gm podcast in February, labeled them an Orwellian spy surveillance nightmare.

This issue was not helped by the Bank of International Settlements (BIS) General Manager Agustin Carsen, who recently said “the soul of money” belongs to trust, and only central banks can be trusted.

Similar to Travia, Voorhees pointed out that CBDCs are fiat currencies repackaged, with no discernable advantage for users. Moreover, they are philosophically opposed to fundamental cryptocurrency tenets such as decentralization, transparency, and trustlessness.

“No one who’s in crypto likes CBDCs. No one who understands the value of cryptocurrency likes CBDCs at all.”