Binance CEO blasted Reuters over a reporter’s intent to run a report on his children, taking the step of communicating new developments direct with the community. 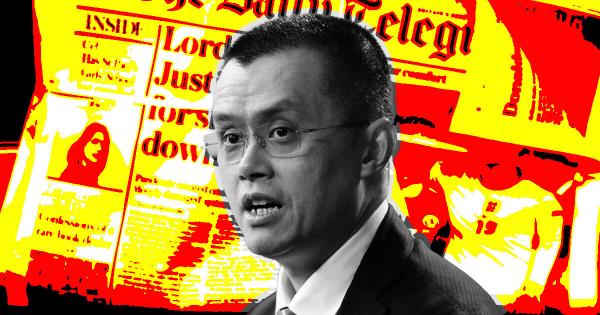 Binance CEO Changpeng Zhao (CZ) posted a response to the company’s recent dealings with a reporter from Reuters, complaining of a deliberate smear campaign by the news agency.

CZ mentioned a “breakdown in trust” due to adverse reports informed from anonymous sources. In recent times, Reuters has published several damning stories about the exchange, including an account of the company’s “lip service” to global regulators and neglect of compliance standards in January.

On Oct. 10, following further communications with a Reuters reporter, CZ said the reporter’s inquiry asked about Binance’s commitment to compliance and his leadership style but also contained an intent to run a report about his children.

The Binance boss said any such report would endanger his toddlers, labeling the move “unprincipled and intolerable.”

“What’s unique this time is that they’ve signaled a new low and have crossed the line into indefensible territory. They have signaled an intent to report about my children.“

Given that the reporter refused to rule out a story on the children, CZ said he decided not to engage further and take the unusual step of communicating “a handful of topics” directly to the community.

Over 2022, Binance has taken on 4,000 new employees to meet the demands of the business. It was noted that a significant proportion of new hires were in compliance, investigations, and security.

Further, the exchange said it remains committed to developing a compliance framework that users can trust.

Responding to previous reports that the company was used to launder $2.35 billion in criminal funds, Binance said Reuters did not provide information on how the figure was calculated. What’s more, if true, that sum would represent just 0.1% of total funds since 2019.

“Despite Reuters’ number being grossly overstated, it would still indicate that Binance is one of the most effective financial institutions in keeping illicit funds off its platform. We have zero tolerance for criminal activity.”

The post also touched on several other topics, including:

CZ said he wants an open and transparent relationship with the press and for his family to be safe. Without assurances for the latter, he cannot commit to the former.

He reiterated previous comments on building for the long haul, signing off by saying Binance will “last a hundred years or more.”