According to the official, the President’s Working Group on Financial Markets are actively exploring the space and looking to have the law come into force by the end of this year 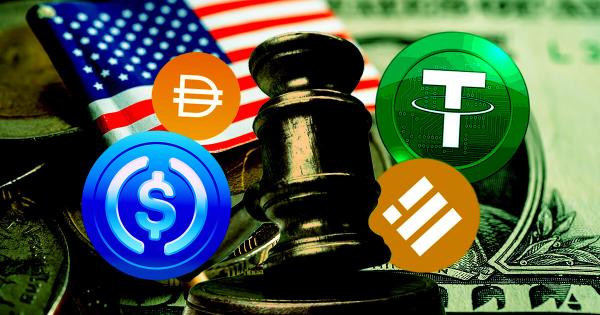 Coindesk reported that an official of the U.S federal government hinted that the government is working with Congress on a stablecoin legislation that could become law by the end of the year.

According to the official, the President’s Working Group on Financial Markets met on June 30 to discuss activities within the stablecoin space and future legislation.

Notably, the meeting featured discussions from regulators and other participants on the nature of stablecoins, especially algorithmic stablecoins, and how they are offered.

A focal point of discussion was how efforts could be pooled together to see the stablecoin legislation come into force before the end of the year. The legislative package is expected to give a statutory definition of stablecoins and their use upon implementation.

The House Financial Services Committee would introduce this legislation, the official said.

Talks of a regulatory package for stablecoins started in November 2021 after a report by the President’s Working Group on Financial Markets.

In the report by the Biden administration officials, the group called on Congress to introduce regulatory oversight and a formal market structure to protect investors, issuers, and exchanges. This also included legislation that restricts institutions that can issue stablecoins.

Gary Gensler, the U.S Securities and Commissions Chair and a member of the Working Group, added that stablecoins should be subjected to AML/CFT standards. He stated that the legislation should ensure stablecoins are brought under federal regulatory frameworks to achieve this.

Therefore, It is likely that the proposed stablecoin legislation would feature laws that seek to implement these demands, especially in light of the recent downturn in the crypto market.

The TerraUST collapse specifically brought more attention to stablecoins and pushed regulators to hasten their pace in introducing regulatory frameworks. The algorithmic stablecoin, which crashed in May, created a ripple effect that has affected crypto institutions such as Celsius and Three Arrows Capital.

Likewise, after the crash, Do Kwon, the CEO of Terraforms Labs, the company behind TerraUST, became the subject of several investigations and allegations. These allegations have further increased the call for measures to ensure more transparency and accountability about the health of stablecoins.