The lack of legal precedent, on-going lawsuits, and the complexities of a Chapter 11 bankruptcy mean Celsius users may face a long process to recover deposits. 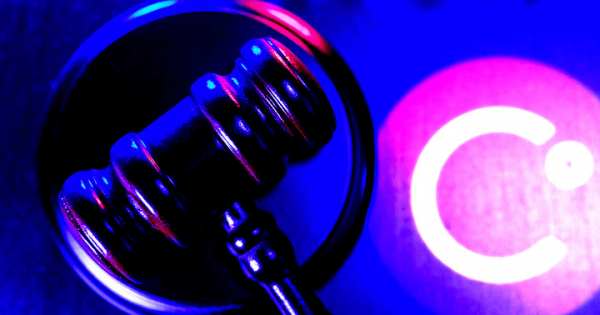 Lawyers commenting on Celsius’s recent bankruptcy filing told Reuters that users could face a long, drawn-out process in the path to recover their funds.

“Customers should now buckle up for a bumpy ride as they await some clarity over the fate of their money.”

Celsius announced a pause on withdrawals, swaps, and transfers on June 12, citing “extreme market conditions.” Weeks before the announcement, rumors were circulating that the company was facing financial difficulties amid the brutal market sell-off triggered by the Terra scandal.

Significant loan pay downs recently had given hope that the company was fighting to stay solvent. Between July 2 and 4, Twitter account @BTCKYLE noted Celsius had paid down a total of $270 million against their DeFi positions, setting off expectations that normal operations would resume shortly.

However, the company filed for Chapter 11 bankruptcy on July 14, thwarting any hope of a return to normal operations. This type of bankruptcy is known as a “reorganization” and allows the company to stay in business while it restructures its debt obligations.

Celsius said the intention behind the move was to stabilize operations and offer the best route to “emerge… for success in the crypto industry.” It added that it filed for bankruptcy in the best interest of stakeholders, including users.

Bankruptcy lawyers say with “scant precedent” for major crypto firms filing Chapter 11, in conjunction with ongoing lawsuits against the firm and the complexities involved with a Chapter 11 filing, the process will likely be lengthy.

“It is, at best, unknown how the bankruptcy code and bankruptcy courts will be treating cryptocurrency companies.”

Partner at Davis Wright Tremaine, Stephen Gannon called the process “three-dimensional chess,” and, about the initial stage of developing a restructuring plan, Gannon said it’s likely to take a minimum of six months.

Business Restructuring Associate Daniel Gwen noted that Celsius viewed customer deposits as a transfer of ownership, not a custodial agreement similar to depositing money into a bank. Gwen added that this arrangement would classify users as unsecured creditors.

“Celsius has pointed out in its pleadings that customers transferred ownership of crypto assets to Celsius, making those customers unsecured creditors.”

A document accompanying the bankruptcy filing showed that the company held $4.3 billion in assets as of July 14, while its liabilities stood at $5.5 billion — a $1.2 billion shortfall.