Banking Circle announced that it will allow payments in USDC as well as conversion of USDC to fiat currencies. 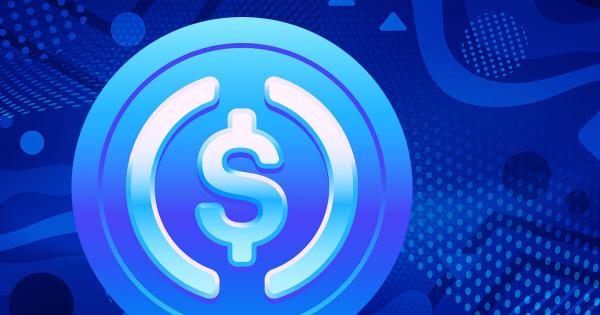 Banking Circle’s Head of Virtual Asset Services Mishal Ruparel said it would be critical for banks to have the ability to process certain crypto assets as casually as they do fiat currencies. That’s why Banking Circle took the first step toward crypto inclusion by incorporating USDC.

“We already have client demand for paying out in cryptocurrency, which they want to do in a way that is trustworthy and lower risk. We will, therefore, provide the facility to convert fiat to stablecoins in USDC, giving financial institutions the ability to send funds in stablecoin easily and with full regulatory compliance.”

Luxembourg- based Banking Circle provides the necessary infrastructures to its clients so they can issue several financial services. Its network has more than 200 clients, including payment giants like Stripe, Paysafe, and Nuvei.

The topic of using crypto as a means of payment has been attracting the attention of all the actors in the crypto space. Prominent brands, crypto companies, governments, crypto users, and coins have been leaning more and more toward the topic since the beginning of 2022.

Crypto adoption rates are increasing daily. Before the current bear market hit, the crypto market cap was at $3 trillion. 2021 became the year of massive crypto expansion. Especially the young generation has already incorporated crypto into their daily financial actions. A recent study revealed that 40% of 18 to 35-year-olds want to use crypto as a payment method.

Brands and firms have been responding to this demand as well. In January, Elon Musk’s Tesla announced that it would accept dogecoin payments. Gucci followed the trend soon after, announcing that it’ll accept payments in Bitcoin, Ethereum, Dogecoin, and a few more crypto assets in May. The same month, a Dubai-based law firm also said it would start accepting crypto payments.

Another significant step came from Australia when a group of private companies announced their integration with Crypto.com. When the project launches, more than 170 member merchants will be able to process crypto payments.

As the demands from the users and merchants increased, both crypto and non-crypto companies also started to develop payment solutions.

Mark Zuckerberg’s Meta revealed its plans to move forward with crypto payment systems in May by filing trademark applications for “MetaPay.” At around the same time, online payment platform Stripe announced that it is re-adding the Bitcoin payment option to its services.

Soon after, Binance and Triple-A shook hands in June to co-create a global crypto payment gateway. The new system will extend the use of Binance Pay worldwide.

In the same month, Mastercard and Brazilian e-commerce Mercado Libre formed another collaboration to enhance Mastercard’s grasp on the crypto market. This collaboration aims to increase the security and transparency of Mastercard’s crypto payment program in Brazil.

Again in June, Paypal joined the crowd and launched the beta test version of its crypto payment and transfer function. Even though it is limited to the usage of U.S.-based users, the new feature will allow all PayPal users to transfer, send and receive cryptocurrencies.

Two months after purchasing Twitter, Elon Musk announced that he is advancing the support for an integrated crypto payment option on Twitter. Dogecoin-booster CEO said that the transfers would be seamless between users, making Twitter an everyday necessity.

Most governments ponder the idea of crypto payments. However, the U.S and Russia come forward in the headlines on the subject.

In April, Russia’s Ministry of Finance revealed that it is working on a draft regulation to legalize crypto as a payment method. In the meantime, 37 U.S. States have been considering allowing tax payments in crypto. Even though most came to a halt due to the bear market, Utah and Colorado are still following up with their endeavors.

The payments trend also infiltrated the coins-sphere, as Bitcoin and Dogecoin came forward with their plans.

On the other hand, Dogecoin entered the payments discussions after its project team announced the coin’s 2022 roadmap. According to the plan, the project team aims to transfer Dogecoin into a coin with utility – “a serious universal currency for people.”