Led by Binance, the new funding round should help Sky Mavis to soften the blowback from what is possibly the biggest hack in DeFi so far. 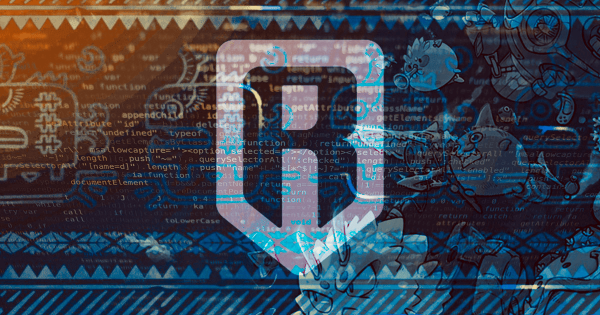 Sky Mavis, the company behind blockchain-based game Axie Infinity, has successfully closed a new $150 million funding round led by crypto exchange Binance, according to a press release shared with CryptoSlate today.

Always have, always will be there for our Labs family member! @SkyMavisHQ @AxieInfinity 🙌🫂 Looking forward to our LONG way ahead together.https://t.co/218hdGRYm2

Per the announcement, the fresh injection of funds, combined with Sky Mavis and Axie Infinity’s own balance sheets, should help the firm reimburse users who were affected by the recent $615 million hack of its Layer-2 Ethereum sidechain Ronin Network. Sky Mavis CEO Trung Nguyen explained:

“Sky Mavis is committed to reimbursing all of our users’ lost funds and implementing rigorous internal security measures to prevent future attacks. With the support of Binance and other industry leaders, we will be able to quickly expand the validator set from five to 21 validators to ensure the security of the Ronin network.”

As CryptoSlate reported on March 29, Ronin Network, an Ethereum-based sidechain created by Sky Mavis to support its popular non-fungible token-based game Axie Infinity, has been exploited by an unknown hacker and lost 173,600 Ethereum as well as 25.5 million USDC.

At the time, the Ronin chain comprised nine validator nodes, five of which were required to provide their signatures for any deposit of withdrawal to proceed. As part of their attack, the hacker managed to gain control over four such nodes and used an additional third-party validator run by Axie DAO to substitute the fifth. Sky Mavis recollected in its funding announcement:

“The attack was socially engineered, and a thorough investigation is ongoing. The root cause of the breach was the small validator set which made it much easier to compromise the network. Sky Mavis will increase the validator group to 21 validators within the next three months.”

Moving forward, the company now plans to combine the new funds with its own assets to “ensure that all users are able to withdraw and deposit freely.” Additionally, the Ronin Network will be undergoing a security upgrade and several audits over the next “several weeks.”

“Once the Ronin Network bridge is open, all individual users will be able to withdraw their funds. The 56,000 ETH compromised from the Axie DAO treasury will remain undercollateralized as Sky Mavis works with law enforcement to recover the funds.”

Finally, if the stolen funds won’t be fully recovered within the next two years, the Axie DAO “will vote on next steps for the treasury.”

At the same time, not all Crypto Twitter users were happy with the fundraiser. For example, Bitfinex’ed, known for his long-standing criticism of USDT stablecoins, opined that Sky Mavis was “bailed out by fraudulent Tether exchange” and “if you’re holding crypto on Binance, you’re bailing out Axie,” adding:

“It costs them nothing to bail out bad projects, and they can just make money by pumping and dumping the tokens…It’s only 1/4th of the loss. Not a problem. In reality, they’ll buy a few shitcoins, inflate the prices, and quickly quadruple the money by facilitating a few fraudulent pump and dump frauds.”

It costs them nothing to bail out bad projects, and they can just make money by pumping and dumping the tokens. pic.twitter.com/0cqVSdEz4Q

Whatever the case may be, at least the regular users likely won’t have to suffer significant losses due the Ronin Network’s security breach—and that’s  arguably a “win” by itself.